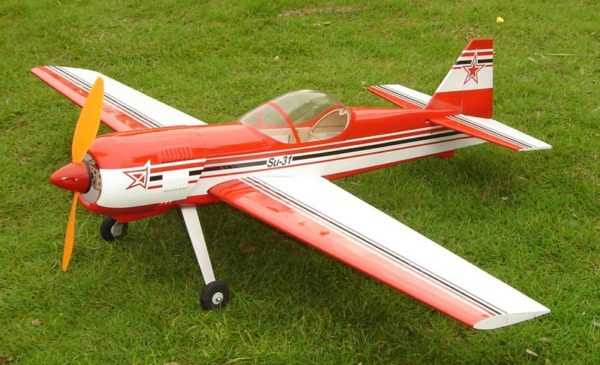 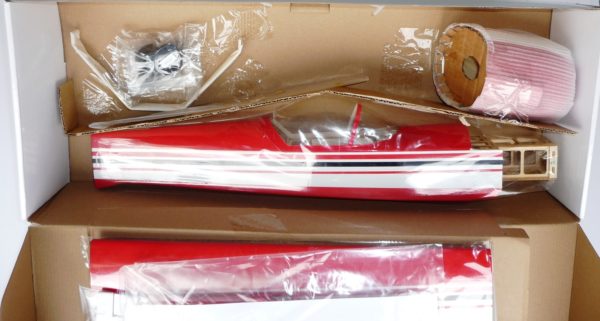 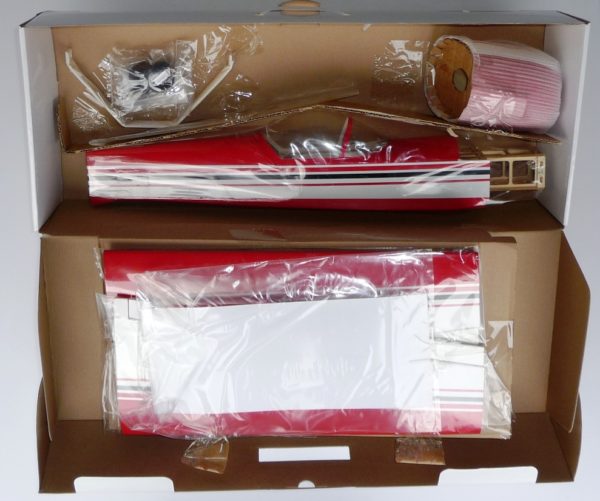 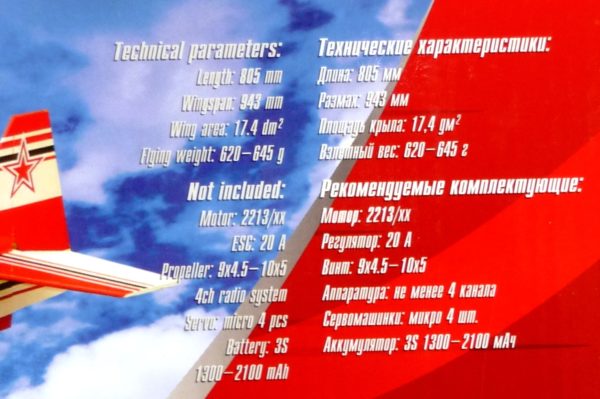 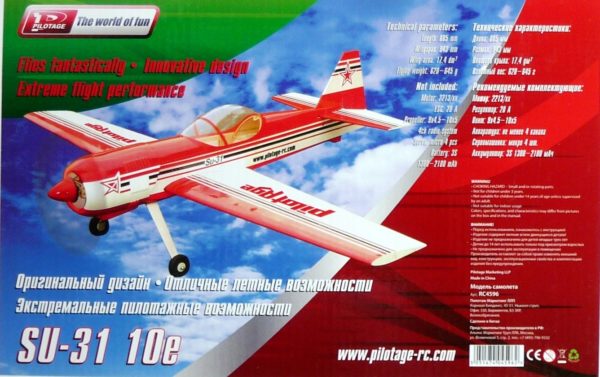 AIRFRAME ONLY (NO MOTOR, SERVOS, BATTERIES OR RADIO)DESCRIPTION
Su-31 is a development of aerobatic aircraft Su-26. Prototype of the Su-31 first flew in June 1992 and in July the same year, the aircraft made a successful debut at the World Championships in aerobatics at Le Havre (France). Yu won the pilot Kairys Su-31 bronze medal. The first time the aircraft was successfully demonstrated at the aerospace exhibition Farnborough-92, then – by all the major airshows. These aircraft the Russian national team aerobatics performed successfully on the European and world championships since 1994. In the manufacture of the model SU-31EP used laser cutting and assembly on the slipway. Fiberglass cowl, clear canopy, and coloring, just copying one of the really existing designs, create the impression that this plane in the sky of the Russian national aerobatics. This model is under the control of an experienced pilot can perform all the shapes in the competition demonstrate our pilots.
APPLICATIONS
The model is controlled by four channels – the engine speed, ailerons on the two servos, steering wheel height and direction. Wings can be detached from the fuselage, which is very convenient for
HINTS / NOTES
The kit includes: the assembled fuselage, wings and tail balsa construction, covered with color film, painted fiberglass cowl, clear canopy, landing gear with wheels light series, motor-, parts management, labels and instructions. In this configuration the assembly does not take much time.
“