AIRFRAME ONLY (NO MOTOR, SERVOS, BATTERIES OR RADIO)THE REAL YAK
Built by the Russians around 1993, the model 54 was designed by the Yakovlev Design Bureau as a 2 seat version for their popular YAK 55 single seat competition aerobatic aircraft. The idea was to provide an unlimited capable aircraft that had 2 seats for training and for adventure type flights. It was to also appeal to the sport aerobatic pilots around the world who wanted to compete or fly aerobatics in a world class aircraft and that also had the convenience of an extra seat.It is powered by the brilliantly powerful and reliable Venyendev MP-14 – a 9 cylinder, 10.5 L, 360 hp, supercharged radial engine of proven design as used in the Sukhoi and other YAK aircraft.They offered a 400 hp version of the engine as well, the MP-14PF. This engine will burn 150 litres of Avgas per hour at full power, and most turn a 2.6 meter Dia. 3 blade composite and wood constant speed propeller.Built entirely of stressed metal skins and a monocoque frame, it was to prove cheaper to manufacture and maintain than its composite constructed competitors.The YAK 54 retained the wonderfully good flying characteristics of the YAK 55, a forgiving design that was fully capable of completing the unlimited competition sequences.Not many of these wonderful aircraft were built and they are a rare sight at airports these days.There is one only registered in Australia.More of the model 55’s were built of which 2 reside here in Australia.
DESCRIPTION
This ARF is specifically designed for extreme aerobatic manoeuvres. Your new 50cc YAK-54 ARF is a highly aerobatic airplane. It is capable of both precision and 3-D manoeuvres. The aircraft builds easily, quickly, and precisely due to its state of the art CAD design, LASER cut technology, and outstanding hardware included. We hope you enjoy building and flying your YAK-54 ARF. Great care has been taken in both the design and manufacturing of the 50cc YAK-54 ARF to allow for the strongest and lightest construction possible. Only the highest quality materials from the covering, paint, wood and hardware have been used in the construction of this model. The 50cc YAK-54 ARF has been individually hand built, covered and painted by trained and experienced Craftsmen. Using CAD design, laser cut technology and jig-built assures accuracy in all stages of production. The 50cc YAK-54 ARF is designed for gas engines in the 50-60cc category. An EVO54 two stroke is shown in the assembly instructions. The aircraft was tested with the EVO-54 and has outstanding performance. The final choice of engine is left up to the builder. A computer radio is recommended to allow the pilot to take advantage of the full capabilities of this aerobatic aircraft. 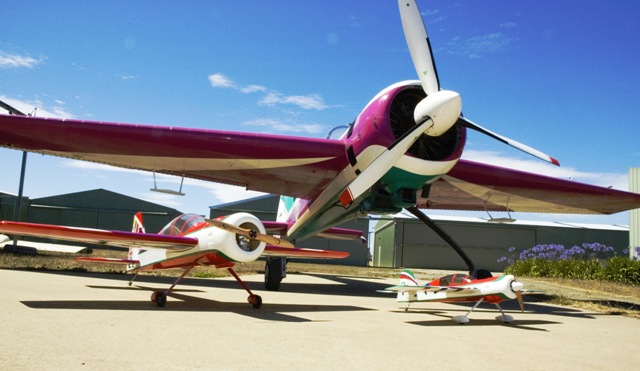